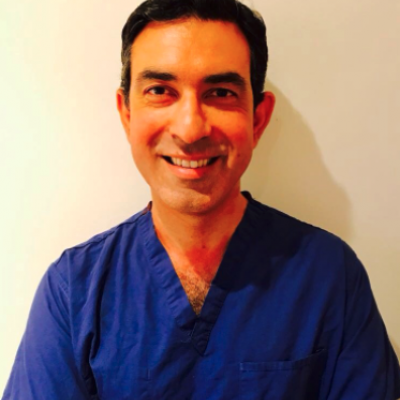 He obtained a PhD in 2006 and completed his higher surgical training as an NIHR academic clinical lecturer, spending a year as an endovascular fellow at The Royal Prince Alfred Hospital in Sydney.

Since his appointment as consultant vascular and endovascular surgeon at Guy's and St Thomas' in 2011, Mr Modarai has co-managed the largest UK practice in complex (branched and fenestrated) endovascular aortic repairs.